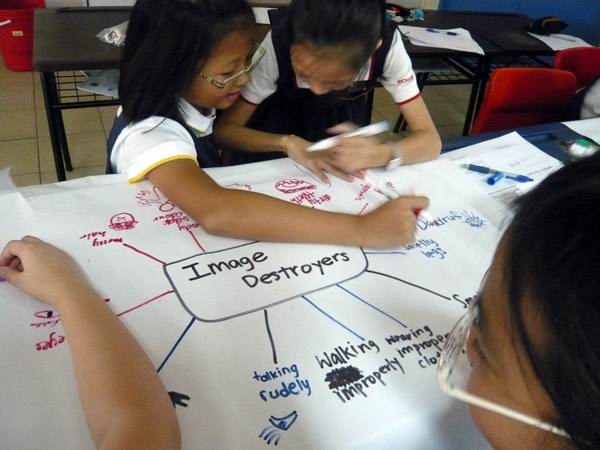 I’m back at Rosyth School for the second day of my grooming talk. I’m taking a class of 42 students from Class Meticulous which is on the second floor.

When I walked into the room, the students were already divided by gender. I was told the thoughtful teacher in charge had the boys separated from the girls to facilitate group discussion.

Today’s presentation went extra smooth, probably because I took less time to settle the class down. I particularly liked the dynamics of the boy-girl divide as it aided the progress of the talk. There were no ‘boy bully girl’ nor ‘girl bully boy’ scenarios to attend to.

The students really lived up to the adjective ‘meticulous’ as they put in a lot of heart and soul into their discussions and presentations. It was evident from the standard of the work they produced. As an eleven year old back then, I certainly wasn’t as creative as the 42 of them. At their young age, they were already fervent practitioners of Tony Buzan’s mind mapping techniques. From the word go, all groups drew mind maps after mindmaps on their flipcharts. As an eleven year old back then, if you were to utter the word mind map to me, I would surely have stared back blankly at you. Not content with mindmapping, some groups decorated their flipcharts with drawings of a very high standard. I don’t recall being able to draw that well at their age too. 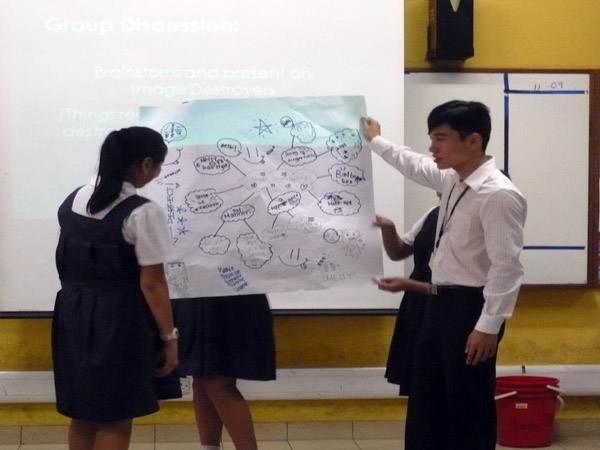 Without any doubt, the image destroyers and grooming toolkit portions were very well received. As the interest of the class grew, so too did their level of participation and eagerness. After the second discussion, 5 out of the 8 groups automatically sat on the floor in circles and started discussing. If this is not testimony of their keen interest, I don’t know what better evidence there will be. And mind you, the girls were always the first to take the lead. 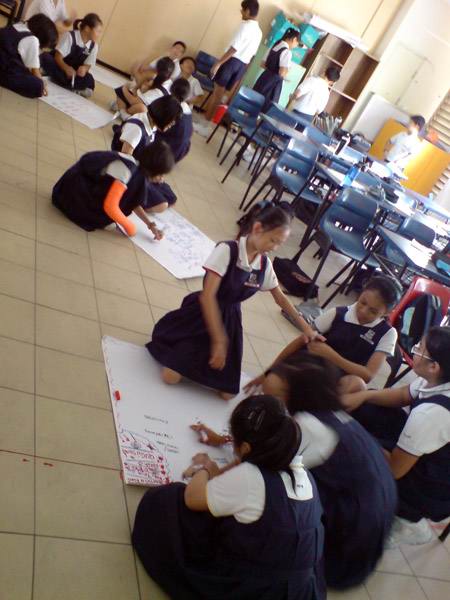 The enthusiasm of the kids lead them to fully utilise the floor to discuss their work. Salute!

Yes, the girls were particularly attentive and readily asked questions during my presentation mostly pertaining to grooming tips. The boys later caught up when they too stopped me occasionally questions ranging from ‘what’s my face shape, Teacher?’ to ‘can we put more items in the grooming toolkit or not?’

Today, I had some time to spare at the end to sneak in a group photo with the students 🙂

With the Primary 5 students from Class Meticulous